Among patients with cardiovascular diseases who have received an implantable cardiac assistive device, women, individuals with lower income, and those who are divorced are at increased risk for having a more difficult time adjusting to life with their implant, according to findings published in Cureus.

For the observational questionnaire-based study, researchers enrolled patients who had received an implantable cardiac assistive device at the National Guard Hospital in Saudi Arabia in February 2020. Participants were interviewed in person and were surveyed about demographics, psychosocial features, financial details, and by the Implanted Device Adjustment Scale (IDAS). Total IDAS scores were derived using a 5-point Likert-type scale for 21 items, ranging from 21-105 points, in which higher scores indicated the patient was more affected by their cardiac assistive device.

IDAS scores were significantly higher among divorced individuals compared with married or widowed individuals (P =.05) and among women (P =.05).

This study was limited by its small sample size and single center design, so these findings may not be generalizable to other populations.

These data indicated that adjusting to an implantable cardiac assistive device was generally well-tolerated among most patients. Individuals who may be at risk for more difficult transitions were women, individuals with lower income, and those who were divorced.

“Intensifying the support to the patients who have a higher risk of severe adjustment after [cardiac assistive device] implantation is highly recommended,” the researchers noted. 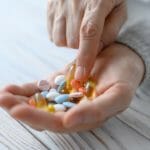