HealthDay News — For patients with acute myocardial infarction (AMI), marijuana use is not associated with increased risk of ventricular tachycardia/ventricular fibrillation (VT/VF) or cardiac arrest, according to a study presented at the annual meeting of the Heart Rhythm Society, held from May 9 to 12 in Boston.

Cecelia Johnson-Sasso, from the University of Colorado School of Medicine in Aurora, and colleagues compared clinical profiles and in-hospital outcomes for reported marijuana users and non-users admitted with a primary diagnosis of AMI.

The researchers found that marijuana use was reported by 3,854 of the 1,273,897 patients admitted with AMI.

Compared with non-users, marijuana users tended to be younger, male, and were less likely to have coronary artery disease or coronary risk factors. Overall, 9.7 percent of both marijuana users and non-users experienced VT/VF or cardiac arrest (P = 0.94); 4.5 and 8.7 percent, respectively, experienced atrial fibrillation; and 4 and 6 percent, respectively, died. In multivariate analysis, the risk for VT/VF or cardiac arrest did not differ for users versus non-users (odds ratio, 1.01; P = 0.81). Marijuana users had lower in-hospital mortality (odds ratio, 0.79; P = 0.016) and a trend toward reduced risk of atrial fibrillation (odds ratio, 0.85; P = 0.054).

“Our study is the first to examine the relationship between marijuana use after a heart attack and various arrhythmias and we did not see a negative connection,” a coauthor said in a statement. 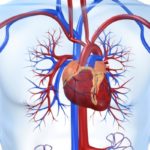 High Incidence of Sudden and/or Arrhythmic Death in CHD