Compared with warfarin, rivaroxaban and dabigatran reduced the risk for thromboembolic events and intracranial hemorrhage (ICH) without increasing the risk of gastrointestinal bleeding (GI) in Asians with nonvalvular atrial fibrillation (AF), according to a study published in the Journal of the American College of Cardiology.

Non-vitamin K antagonist oral anticoagulants (NOACs) have been shown to be equally effective as or more effective than warfarin at preventing thromboembolic events in nonvalvularAF. Compared with warfarin, dabigatran and rivaroxaban have also been demonstrated to decrease the risk of ICH but increase the risk for GI bleeding.

The risk of ICH, however, is higher among Asians than non-Asians with vitamin K antagonist (VKA) treatment. In addition, when NOACs are prescribed for Asian patients, lower doses tend to be used due to concerns about bleeding in older populations with lower body masses. Limited data for NOAC use in Asian populations are available.

Researchers from Chang Gung University in Taiwan compared the risks and benefits of low-dose dabigatran and rivaroxaban vs those of warfarin in Asians with nonvalvular AF in this retrospective cohort study. They collected data from the Taiwan National Health Insurance Research Database between February 1, 2013 and December 31, 2013.

The risks of acute MI and being hospitalized for GI bleeding were similar in the rivaroxaban and dabigatran groups compared to the warfarin group.

“Although the superior safety of low-dose NOACs vs VKAs has been well documented, the efficacy of low-dose NOACs over VKAs remained questionable until now,” the researchers noted. “Low-dose NOACs may be potent enough at reducing thromboembolic events in Asians with low body mass.”

“Either rivaroxaban or dabigatran may be a safer and more effective alternative to warfarin in Asian patients with nonvalvular AF,” the authors concluded. 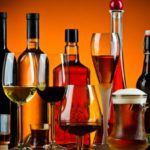