The use of nonsteroidal anti-inflammatory drugs (NSAIDs) in patients with atrial fibrillation (AF) was found to be associated with an increased risk for major and clinically relevant nonmajor (CRNM) bleeding, according to study results published in Circulation.

Oral anticoagulants are known to significantly reduce the risk for stroke in patients with AF, but also increase the risk for bleeding — particularly with concomitant use of NSAIDs. Patients with AF who take apixaban have a reduced risk for bleeding compared with those treated with other oral anticoagulants, suggesting that apixaban may have favorable outcomes in patients taking NSAIDs. The study was a post-hoc analysis of the randomized controlled trial, Apixaban for Reduction in Stroke and Other Thromboembolic Events in Atrial Fibrillation (ARISTOTLE; Clinicaltrials.gov identifier: NCT00412984). In the ARISTOTLE trial, 18,201 patients with AF with an increased risk for stroke were treated with apixaban or warfarin. In this study, researchers evaluated the effects of NSAIDs, apixaban, and warfarin in patients from the ARISTOTLE trial who did not have chronic liver or severe kidney disease (n=17,423).

Participants were categorized according to NSAID use: concomitant use at baseline, during follow-up, or lack of NSAID use during the trial. The primary outcome was major bleeding, and secondary outcomes were CRNM bleeding, gastrointestinal bleeding, stroke or systemic embolism, heart failure hospitalization, and all-cause mortality.

Study limitations include possible selection bias, the inability to deduce causality, the lack of data on NSAID indication or dosage, and the fact that discontinuation of NSAIDs was self-reported. ”New use of NSAID during the trial was associated with major and CRNM bleeding, but not with gastrointestinal bleeding,“ concluded the study authors. “The use of NSAIDs did not appear to be associated with a significant change in the safety or efficacy of apixaban relative to warfarin.”

Disclosure: This clinical trial was supported by Bristol-Myers Squibb and Pfizer. Please see the original reference for a full list of authors’ disclosures. 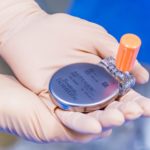