Dongmin Kim, M.D., from the Dankook University College of Medicine in Yongin, South Korea, and colleagues examined the correlation between incident AF and the development of incident dementia from 2005 to 2012 in 262,611 dementia- and stroke-free participants aged ≥60 years in the Korea National Health Insurance Service-Senior cohort. 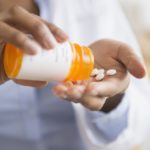