Patients who are admitted to the hospital with a first episode of electrical storm (ES) have high morbidity and mortality rates despite existing treatment options, and those with a recurrent ES experience very poor outcomes. These findings were published in The American Journal of Cardiology.

A retrospective review of electronic health records was conducted to identify cases of ES at Virginia Commonwealth University (VCU) Health (Richmond, Virginia) between January 1, 2018, and May 31, 2021. Researchers sought to evaluate the burden of arrhythmia recurrence and in-hospital outcomes in patients admitted to VCU Health, a large urban hospital, for ES. Individuals who had been admitted with a ventricular arrhythmia were analyzed.

A major limitation of the analysis is the fact that it was a single-center study with a small sample size that might not have sufficient power to detect potential significant differences between the comparison arms. Additionally, the results that are generated from a single-center analysis may not be fully generalizable to different settings and practices.

“In conclusion, we found that patients admitted with a first episode electrical storm have high morbidity and mortality despite existing treatment options, and in these, patients with a recurrent electrical storm have extremely poor outcomes,” the study authors noted. “Larger, prospective studies are needed to better characterize to further strengthen our findings.” 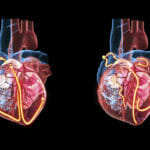