Low mean heart rate (mHR) at 24hECG independently predicts atrial fibrillation (AF), and although there is no association between mHR and supraventricular activity (SVA), having both low mHR and increased SVA increases the risk for AF, according to study results published in Heart.

As premature atrial contractions (PACs) occur in the gaps between normal heartbeats, PACs and low resting heart rate predict incident AF and could be interdependent. Participants for this prospective cohort study were taken from the population-based Malmö Diet and Cancer Study.

The current study was designed to evaluate the association between low heart rate, PACs, and incident AF via 24hECGs performed in 377 participants without AF. The primary endpoint was clinical AF diagnosis from a national hospital (mean follow-up of 17 years), and AF was not distinguished from atrial flutter. Endpoint data were taken from the Swedish National Hospital Discharge Register administered by the Swedish National Board of Health and Welfare. Multivariable Cox regression analysis was used to assess the interaction between increased SVA top quartile of either PACs/hour or supraventricular tachycardias/hour) and mHR, adjusting for sex, age, body mass index, height, smoking, antihypertensive medication, systolic blood pressure, and homeostasis model assessment of insulin resistance.

Among participants with both mHR below the median and increased SVA (17% of the population), there was very high relative risk for incident AF (HR 4.5; 95% CI, 2.2-9.1; P=.001), with 44% of participants with both these risk factors developing AF. Although no significant association was found between mHR and AF incidence, a strong correlation was found between mHR and minimum heart rate (Pearson correlation coefficient 0.83).

Study investigators concluded, “Low mHR at 24hECG independently predicts AF, and there was no evidence of a multiplicative interaction between SVA and mHR. Individuals with both low mHR and increased SVA are at high risk of incident AF and could perhaps benefit from preventive measures.” 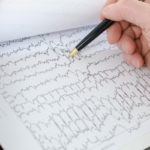