Of all participants, 37.7% (n=20,623) were female. The median length of hospital stay during index admission for AF ablation was 1.0 days. The overall rate of in-hospital mortality was 0.16% and the rate of any complication was 6.6%.

The researchers found that despite increased complications and readmissions, the total costs for AF ablation were lower in women compared with men due to decreased use of resources.

“Our findings underscore the importance of recognizing and distinguishing between sex-based differences and disparities that explain worse outcomes among women after AF ablation,” wrote the researchers. 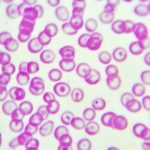