Edoxaban was found to be superior to placebo for the prevention of stroke and systemic embolism in very elderly Japanese patients with nonvalvular atrial fibrillation, according to a study published in the New England Journal of Medicine.

A total of 984 patients (mean age, 86.6±4.2 years; 42.6% men) with nonvalvular atrial fibrillation who were not appropriate candidates to receive standard doses of oral anticoagulants were enrolled in this phase 3, multicenter, randomized, double-blind, placebo-controlled trial. The study’s primary efficacy end point was the composite of stroke or systemic embolism, and the primary safety end point was major bleeding. Participants were assigned to receive a daily dose of 15 mg of edoxaban (n=492) or placebo (n=492). A total of 681 patients completed the trial.

Study limitations include the fact that a substantial number of patients discontinued the trial, in great part due to adverse events unrelated to bleeding.

“In very elderly Japanese patients with nonvalvular atrial fibrillation who were not appropriate candidates for a standard oral anticoagulation regimen, a once-daily 15-mg dose of edoxaban was superior to placebo in preventing stroke or systemic embolism and did not result in a significantly higher incidence of major bleeding than placebo,” concluded the investigators.

Disclosures: This study was funded by Daiichi Sankyo. Some of the study authors reported affiliations with pharmaceutical and medical device companies. Please see the original reference for a full list of disclosures. 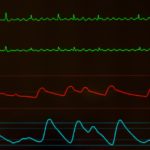