Patients with 2 or more episodes of paroxysmal AF or 1 episode of persistent AF in the previous 6 months were enrolled in the CABANA international, unmasked, randomized trial (ClinicalTrial.gov Identifier: NCT00911508). Only individuals living in North America were included in the analysis. The primary endpoint was the composite incidence of death, disabling stroke, serious bleeding, or cardiac arrest.

The ethnic minority vs nonminority participants were younger (median age, 65.6 vs 68.5 years, respectively), more likely to have a history of hypertension (92.1% vs 76.8%, respectively), and were in New York Heart Association functional class 2 or higher (37.0% vs 22.0%, respectively).

The analysis was limited by the fact that all ethnic minorities were pooled due to small sample sizes among specific groups, even though there was no medical or physiologic basis.

These data indicated that ethnically diverse individuals with AF had improved clinical outcomes with catheter ablation compared with drug therapy.

Disclosure: This research was supported by Biosense Webster, Medtronic, and Boston Scientific Corporation among others. Please see the original reference for a full list of disclosures. 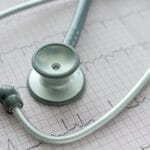