HealthDay News – Stroke and atrial fibrillation (AF) recurrence are low 1 year after AF ablation, according to a study published online in the Journal of Cardiovascular Electrophysiology.

Simon Kochhäuser, MD, from Southlake Regional Health Centre in Newmarket, Canada, and colleagues examined the frequency of stroke and AF recurrence in patients on and off therapeutic oral anticoagulation (OAC) 1 year after AF ablation. A total of 398 patients were identified from an AF database and were screened for AF recurrence, changes in OAC or antiarrhythmic medication, and the occurrence of stroke or transient ischemic attack.

The researchers found that OAC was discontinued in 69.3% of patients. During a median follow-up of 529 days, the researchers found that 1% of patients suffered from stroke and 13.8% experienced AF recurrence. The chance of AF recurrence was increased in association with persistent AF (49.1% vs 26.8%; P =.001). There was no difference in CHADS2, CHADS2-VASc-Score, or AF recurrence in patients with vs without stroke. Patients who experienced stroke had a trend toward a higher percentage of coronary artery disease (50% vs 10%; P =.057).

“The overall risk of stroke and AF recurrence is low in patients with a recurrence free interval of at least 12 months after AF ablation,” the authors wrote. “Of note, recurrence of AF was not associated with a higher risk of stroke in our study population.” 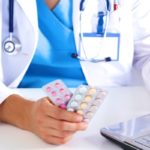 Off-Label Dosing of NOACs in Atrial Fibrillation Is a Concern