Dabigatran, compared with warfarin, is associated with lower rates of stroke and intracranial bleeding across various age groups in patients with atrial fibrillation (AF), according to a study published in Heart1

The prevalence of AF and related stroke risk increase with age, highlighting the importance of identifying stroke prevention strategies in older patients with AF. Although vitamin K antagonists decrease the risk of stroke by roughly two-thirds vs placebo, previous findings show that clinicians may not prescribe such agents in elderly patients due to concerns about an increased bleeding risk.2-4

Noting these age-related differences, as well as those pertaining to drug metabolism and comorbid conditions, the investigators analyzed data from the Randomized Evaluation of Long-Term Anticoagulant Therapy (RE-LY; ClinicalTrials.gov identifier: NCT00262600) trial to examine the effects of dabigatran vs warfarin on rates of mortality, stroke, and bleeding according to age. 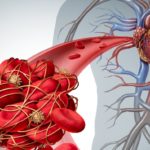