According to a study published in the Journal of the American Heart Association, peripheral artery disease (PAD) with an ankle-brachial index (ABI) of <1.0 or >1.4 or >0.9 to <1.0 (eg, borderline ABI) was not associated with an increased risk for atrial fibrillation (AF).

It is possible that an underestimation of PAD prevalence occurred in this study, considering PAD is often unilateral and ankle blood pressure was measured in only 1 leg of the study participants.

Based on these findings, the investigators believe that the association between “PAD and AF appears to be mostly explained by traditional atherosclerotic risk factors.” 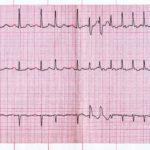