Smokers with peripheral artery disease (PAD) have an increased risk for hospitalization and significantly greater healthcare costs than nonsmokers, according to research published in the Journal of the American College of Cardiology.

To better understand adverse clinical outcomes and healthcare costs associated with tobacco use in patients with PAD, Sue Duval, PhD, of the vascular medicine program at the University of Minnesota Medical School in Minneapolis, and colleagues performed a retrospective, cross-sectional study of claims data from a cohort of 22,203 patients included in Minnesota’s Blue Cross and Blue Shield’s 2011 database and a subcohort of 9,027 patients with pharmacy benefits.

All patients were aged 40 years or older, had 12 months of continuous enrollment, and at at least one PAD-related claim. Only 9% of the patients were tobacco users (n=1,995), which is lower than the national average (18%). Tobacco use was slightly more prevalent in the subcohort, at 12.8% (n=1,158). There was a total of 22,220 hospital admissions.

Peripheral or visceral atherosclerotic disease was the primary reason for hospitalization among smokers (P < .001), whereas nonsmokers presented with 7 to 9 other common diagnoses. In addition to atherosclerotic diagnoses, smokers had a higher prevalence of hospitalization for acute myocardial infarction  (P < .001 in both cohorts) and coronary heart disease (P < .05 in both cohorts). Moreover, this study exposes the magnitude of cost smokers pay compared with the nonsmokers in just a one-year follow-up period.

The average cost of healthcare for smokers was $64,041 compared to $45,918 for nonsmokers, based on the data from the one-year follow-up period. Tobacco use within the one-year study period was associated with an average of $18,000 increased costs for patients with atherosclerotic lower extremity PAD. Overall, the researchers concluded, tobacco-related costs results in a 30% increase in annual healthcare expenditures.

Additionally, the results showed that older nonsmokers with PAD paid less for healthcare than smokers, despite the fact that they had a higher risk for developing diabetes, renal failure, and cancer — all of which are associated with increased healthcare costs.

“These much higher hospitalization and clinical event rates, as well as significantly greater costs might, if better known to patients, health care professionals, and payers, immediately inform care standards and increase the priority given to smoking cessation services,” the researchers concluded.

Nicotine patches, phone and Internet resources, and electronic medical record systems are good resources to encourage tobacco cessation. However, a smoker’s willingness to quit as well as social barriers can negatively affect his or her chances of quitting unless administered with personalized counseling and subsequent treatment. 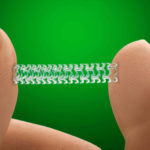 Bioresorbable Scaffolds as Effective as Stents for Coronary Heart Disease