A blood test commonly used to verify heart damage related to myocardial infarction may be an early predictor of hypertension, study findings suggest.

With the knowledge that hypertension is often preceded by cardiac structural abnormalities, Bill McEvoy, MBBCh, MHS, assistant professor of medicine at the Johns Hopkins University School of Medicine, and colleagues aimed to discover whether elevated troponin-T levels could predict hypertension.

They used a more sensitive version of the troponin-T test, called high-sensitivity cardiac troponin-T (hs-cTNT), that detects troponin-T at much lower levels than would be detected on the standard version to analyze blood samples from 6,516 individuals. Participants were without prevalent hypertension and cardiovascular disease at baseline.

Those with subtle elevations in troponin-T on the hs-cTNT had an increased risk for developing future hypertension, the researchers found. The test also identified those with a risk for left ventricular hypertrophy, a common consequence of untreated hypertension.

“Identifying those at risk for hypertension as well as those in the earliest stages of the disease would allow us to intervene much sooner, either with lifestyle changes or medication, before the condition develops fully and has had a chance to damage organs,” McEvoy said in a press release.

According to the World Health Organization (WHO), about 1 billion people worldwide have hypertension. In the United States, approximately 1 in 3 adults, or about 70 million people, are currently diagnosed as hypertensive. Hypertension remains a major cause of heart disease and stroke, and a significant number of those diagnosed have poorly controlled blood pressure. 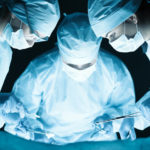