Holidays, but not major sporting events, have been linked to an increased risk for myocardial infarction (MI) in Sweden, according to research published in BMJ.

Dr Erlinge and colleagues identified MI with symptoms beginning on Christmas or New Years, Easter, and Midsummer holidays (typically celebrated in Northern Europe and associated with the summer solstice), and MI that took place during a FIFA World Cup or UEFA Championship game or winter or summer Olympic Games. Control periods were the 2-week period before and after a holiday and the same time 1 year before and after a sporting event. Researchers performed circadian and circaseptan analyses.

Easter holidays and sporting events were not linked to an increased MI risk. Older age (greater than 75), a diabetes diagnosis, and a history of coronary artery disease were linked to more pronounced results.

Additionally, “prominent peak incidence” were noted on “calendar week 52, Mondays, and at 8 AM.”

Study limitations included the observational nature of the research, limiting causality due to potentially unobserved confounders.

“We cannot rule out the suggestion that activities and emotions associated with holidays may result in myocardial infarction secondary to ischemia, due to an increased oxygen demand in older and sicker patients,” the researchers concluded. 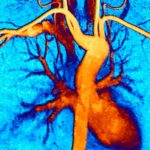