Mohamed O. Mohamed, M.B.B.Ch., from Keele University in the United Kingdom, and colleagues retrospectively analyzed all STEMI hospitalizations between 2004 and 2015 from the National Inpatient Sample to examine the use and effectiveness of pPCI in patients with active cancer presenting with STEMI. Data were included for 1,870,815 patients with STEMI, of whom 2.1 percent had a current cancer diagnosis.

The researchers found that compared with those without cancer, patients with cancer received pPCI less often (from 54.2 percent for lung cancer to 70.6 percent for hematological cancer compared with 82.3 percent among those without cancer). Compared with the noncancer group, in the cancer groups, performance of pPCI was strongly associated with lower adjusted probabilities of major adverse cardiovascular and cerebrovascular events and all-cause mortality. No significant difference was seen in the estimated average pPCI treatment effect between the cancer and noncancer groups.

“The results indicate that heart attack patients should receive primary PCI regardless of whether or not they have cancer,” Mohamed said in a statement. “Some patients with cancer are at elevated risk of bleeding and it was reassuring that the intervention did not result in an increased risk of bleeding events.” 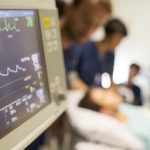