Ezetimibe plus statin therapy consistently reduces the risk for cardiovascular events in patients after acute coronary syndrome (ACS), regardless of low-density lipoprotein cholesterol (LDL-C) levels, according to research results published in the Journal of the American College of Cardiology.

Investigators analyzed data from the IMPROVE-IT Trial (ClinicalTrials.gov Identifier: NCT00202878) to evaluate the relationship between baseline LDL-C levels and the benefit of intensive lipid-lowering therapy with ezetimibe plus statins in patients after ACS.

IMPROVE-IT was a randomized, double-blind, placebo-controlled trial that included 18,144 participants hospitalized with ACS in the preceding 10 days with an LDL-C level of 50 to 100 mg/dL. Patients were randomly assigned to receive either ezetimibe 10 mg plus simvastatin 40 mg or a matching placebo plus simvastatin once daily. Patients were followed-up for a median of 6 years (interquartile range [IQR], 4.3-7.1 years).

Patients in either treatment group with LDL-C greater than 79 mg/dL on 2 consecutive measurements had their simvastatin dose increased to 80 mg. As a result of the US Food and Drug Administration (FDA) guidance in 2011, those who were receiving simvastatin 80 mg for less than 1 year started receiving a reduced dose of 40 mg, with future uptitration to 80 mg not permitted.

The cohort for the analysis included 17,999 patients with baseline LDL-C data and a qualifying ACS event. Within this group, 8990 patients were randomly assigned to receive ezetimibe/simvastatin and 9009 to receive placebo/simvastatin.

Patients with lower LDL-C at baseline were older, more likely to be men, and had a greater prevalence of atherosclerotic risk factors and CV diseases, as well as chronic statin therapy prior to admission. Baseline characteristics were similar between treatment arms and within LDL-C groups.

Median baseline LDL-C levels were 62 mg/dL, 86 mg/dL, and 113 mg/dL in the 3 groups stratified by baseline LDL-C (50 to <70, 70 to <100, and 100-125 mg/dL, respectively). A “significant and progressively greater” absolute LDL-C reduction was observed between baseline and month 4 as baseline LDL-C increased in both treatment arms, with similar absolute differences in median LDL-C achieved at 4 months.

Intensive lipid-lowering therapy with ezetimibe/simvastatin vs placebo/simvastatin consistently reduced 7-year event rates of each secondary endpoints, regardless of baseline LDL-C.

Study limitations included the fact that the study design that was not intended to detect differences in treatment effect as a function of baseline LDL-C; post-hoc cutpoints of 70 and 100 mg/dL; the inclusion of only patients hospitalized with recent ACS, and the use of 40 mg simvastatin, which was not representative of a maximally potent statin regimen.

“Adding ezetimibe to statin therapy consistently, and in a generally well-tolerated manner, reduced the risk for [cardiovascular] events in patients post-ACS across a range of baseline LDL-C concentrations,” the researchers concluded. “These data support the use of further intensification of [lipid-lowering therapy] by adding ezetimibe to statin in ACS patients with baseline LDL-C of [less than] 70 mg/dL.”

Disclosure: This clinical trial was supported by Merck and Co. Please see the original reference for a full list of authors’ disclosures. 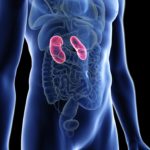