Giuseppe Gargiulo, MD, of Bern University Hospital in Bern, Switzerland, and colleagues explored whether gender should play a role in dual antiplatelet therapy (DAPT) after PCI. “Gender impacts age, cardiovascular risk factors, clinical presentation, and angiographic features including extension of disease and vessel size,” they wrote. “However, the impact of gender on clinical outcomes after PCI still remains debated.”

The primary end point was a composite of death, MI, or cerebrovascular accident, with a safety end point of Bleeding Academic Research Consortium (BARC) type 2, 3, or 5 bleeding.

In this sub-analysis, women had higher rates of death, MI, and composite of ischemic events or ischemic and bleeding events at 2 years based on crude events and unadjusted hazard ratios (HR). They were also older, more likely to have hypertension, lower creatinine clearance, and acute coronary syndrome (ACS), but lower severity of coronary artery disease (CAD).

“Although this is a pre-specified analysis of the PRODIGY trial, gender was not used for stratification at the time of randomization,” the authors cautioned. “This study should be regarded as exploratory and hypothesis-generating.”

Both female and male patients had similar rate of long-term ischemic and bleeding events, and prolonged DAPT did not reduce these events in either gender.

They concluded that gender should not be considered a “primary covariate” in determining DAPT durations for patients after PCI. 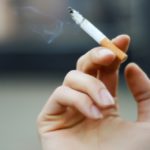