A twice-daily dose of dabigatran 110 mg may be associated with a risk reduction of major vascular complications in patients who develop a myocardial injury after noncardiac surgery (MINS), according to findings from a placebo-controlled trial published in the Lancet. Dabigatran also had a favorable safety profile and a low risk for major bleeding events in this study population.

Patients with MINS following noncardiac surgery (N=1754) were randomly assigned to receive either dabigatran twice daily (n=877) or matched placebo (n=877) for up to 2 years or until the end of the trial (Management of Myocardial Injury After Noncardiac Surgery; ClinicalTrials.gov Identifier: NCT01661101).

In both treatment groups, the diagnosis of MINS was associated with a median peak measured troponin value of 82 ng/L.

The investigators assessed efficacy and safety of dabigatran vs placebo in this analysis. The primary efficacy outcome was comprised of the occurrence of a major vascular complication, a composite of vascular mortality and nonfatal myocardial infarction, amputation, nonhemorrhagic stroke, peripheral arterial thrombosis, and symptomatic venous thromboembolism.

The safety outcome included a composite of major, life-threatening, and critical organ bleeding.

The study was limited by the mean 16-month follow-up, which precluded researchers’ ability to determine whether dabigatran was associated with any significant adverse safety or efficacy outcomes in the longer term.

Findings from this study support the use of troponin measurement in “at-risk patients undergoing noncardiac surgery and, in those with MINS … consider using dabigatran 110 mg twice daily.”

Additionally, the results of the randomized trial further “support the evaluation of interventions in patients with MINS that have established benefit in patients with vascular disease (eg, dual antiplatelet therapy or cholesterol-reducing therapies).”

Disclosures: This study was funded in part by Boehringer Ingelheim. 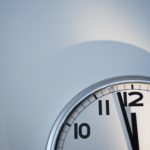