Post-stroke anticoagulation therapy may be more likely to result in net clinical benefit in older patients with atrial fibrillation (AF) and non-sex related risk factors, according to a study recently published in JAMA Cardiology.

All those included in the study were diagnosed with AF in Ontario, Canada, and received health coverage through the province’s insurance plan. Anyone with prior anticoagulation therapy, heart failure, valvular heart disease, hypertension, stroke, diabetes, or vascular disease, or who lived in a long-term care facility, was excluded.

Hospitalization for stroke was the primary outcome. To estimate the 1-year stroke incidence among those not treated with anticoagulation therapy, the study researchers used a cumulative incidence function. The association between participant characteristics and stroke incidence was assessed using Fine-Gray regression, which allowed for a model of estimated 1-year stroke risk with age. The analysis treated death as a competing risk.

Limitations to these findings include potential residual confounding, a lack of data on factors such as race and socioeconomic health determinants, a potential immortal time bias, the possibility of including individuals without AF, and a potential misestimation of stroke risk.

The study researchers concluded that there is “a greater likelihood of benefit from anticoagulation therapy among older patients,” and that “the estimation of stroke risk in patients with AF may be enhanced by models that treat age as a continuous rather than a categorical variable.”

Abdel-Qadir H, Singh SM, Pang A, et al. Evaluation of the risk of stroke without anticoagulation therapy in men and women with atrial fibrillation aged 66 to 74 years without other CHA2DS2-VASc factors. JAMA Cardiol. Published online May 19, 2021. doi:10.1001/jamacardio.2021.1232 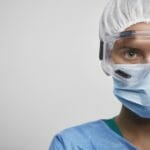 Cardiac-Related Calls to EMS Down, OHCA Up During COVID-19