What should you be alert for in the patient’s history?

Interstitial granulomatous dermatitis (IGD) encompasses a heterogeneous group of skin eruption. It was initially described as cutaneous lesions that are more commonly seen in patients with rheumatoid arthritis and other autoimmune diseases. Later on, a variety of drug therapies and malignancies were associated with IGD in patients with or without autoimmune diseases. The implicated drug classes are broad including calcium channel blockers, lipid-lowering agents, antihistamines, angiotensin converting enzyme inhibitors, anticonvulsants, antidepressants, etc. More recently, IGD has been related to various new biological agents, such as tumor necrosis factor-a (TNF-a) inhibitors. Given the fact that there is a growing list of drug therapies that are increasingly been used in autoimmune diseases, this entity of skin disease will undoubtedly be encountered more often, particularly in the autoimmune disease population.

Clinically, IGD presents as multiple skin lesions on the trunk and proximal extremities. It involves adult more often than children. Women are effected mote frequent than men. The lesions are classically erythematosus, flesh or violaceous, in patterns of annular patches, papules, plaques, cords, or nodules. The lesions are often non-scaly and non-pruritic (Figure 1 Figure 2).

In addition to the clinical history and physical examination, skin biopsy of the lesion is the diagnostic study needed to establish the diagnosis. Microscopic examination of H&E stained slides reveal a wide spectrum of morphologic patterns probably related to various etiology and the different stages of the disease. Generally, there is a diffuse dermal infiltrate of lymphohistiocytes palisaded around piecemeal fragmented collagen and elastic fibers, accompanied by increased dermal mucin (Figure 3, Figure 4). Scattered eosinophils, multinuclear giant cells, mast cells and plasma cells are often present. Neutrophils and vasculitis are often more intense in patients with arthritis, but less prominent in drug-induced IGD. Vasculitis is rarely seen. The overlying epidermis may show mild spongiosis and exocytosis of the lymphocytes in drug-induced IGD.

For other laboratory studies, serological tests often show elevated ESR, CPR and abnormal complement levels. Rheumatoid factor, ANA and anti-phospholipids antibodies may be helpful to rule out the presence of autoimmune diseases. A complete blood count with differential chest radiography, serum protein electrophoresis may help rule out internal malignancy. Imaging studies such as joint X-ray may help to rule out erosive arthritis.

Before making the diagnosis of IGD, the following disease entities need to be considered in the differential diagnosis.

Granuloma annulare is a benign skin condition with unknown etiology. It is characterized clinically as an erythematosus annular plaque on the distal extremities of young patients. Histomorphological features are quite similar to that of IGD, which include foci of dermal infiltrate of lymphohistiocytes with piecemeal fragmentation of collagen and elastic fibers, accompanied by multinuclear giant cells and increased dermal mucin.

Eosinophils and neutrophils are generally absent. The changes are more often in the upper to mid dermis, while rarely in the deep dermis in so called deep granuloma annulare. The overlying epidermis is often lack of changes.

Urticaria is a common skin reaction to a variety of allergens including drug, chemical, even physical agents. It presents as more edematous erythematosus plaques that generally last less than 2 days, but often recurs, even persists. Histomorphological features of urticaria are very different from IGD for being a perivascular lymphocytic infiltrate with scattered eosinophils and neutrophils, accompanied by dermal edema.

Erythema annulare centrifugum (EAC) is another annular skin rash with unknown etiology. Microscopic examination of skin biopsy reveals a characteristic dense and tight perivascular lymphocytic infiltrate in the dermis. No interstitial infiltrate, dermal edema, or dermal mucin is present. There is often a lack of epidermal change.

Other granulomatous dermatosis including infection and sarcoidosis clinically can present as multiple erythematosus patched, plaques, or nodules on the trunk or proximal extremities, sometimes resembling IGD. Skin biopsy often reveals a cohesive epithelioid histiocytic infiltrate showing no palisading. The granuloma may have necrosis. Tissue culture and special stains such as GMS, AFB and Fite may help rule out infectious microorganism. Systemic work up such as chest X-ray and serum ACE level may help the diagnosis of systemic sarcoidosis.

Patients with rheumatoid arthritis and other autoimmune diseases are at the risk of developing the disease. Patients who are taking above mentioned medications, especially the biological agents such as TNF-a inhibitors, should be monitored for skin eruptions. Since the implicated drug classes are so broad, which include the commonly used medications by a large number of the population, many people could be at risk of this disease.

The pathogenesis of IGD remains to be elucidated. The clinical association with autoimmune disease and immune modulators, as well as histopathological changes strongly support the notion that it involves immune complex deposition that may induce vascular and connective tissue damage. Thus, it may represent a sign of immune dysfunction. Recently, a term “reactive granulomatous dermatitis” was proposed to unify the diagnoses for palisaded neutrophilic granulomatous dermatitis, IGD, and interstitial granulomatous drug reactions.

Since the disease was initially reported in patients with autoimmune diseases, particularly rheumatoid arthritis, a clinical correlation and work up is often recommended. For drug-induced IGD, withdraw the offending agent should be the most important implication, although it can be difficult clinically. Often, an attempted withdrawn and re-take of the suspicious agent will reveal the temporal relationship between the therapy and the skin lesions. The skin lesions generally improve and resolve several weeks after discontinuation of the offending drugs.

IGD associated with autoimmune diseases is usually treated with systemic corticosteroid. The management for drug-induced IGD is simply withdrawing the implicating agent. Interestingly, IGD in rheumatoid arthritis patient may respond to TNF-a inhibitors.

Chu, P, Connolly, MK, LeBoit, PE. “The histopathologic spectrum of palisaded neutrophilic and granulomatous dermatitis in patients with collagen vascular disease”. Arch Dermatol. vol. 130. 1994. pp. 1278-1283. (The paper described the clinical and histopathologic features of 6 patients with autoimmune diseases including lupus erythematosus, rheumatoid arthritis, and incompletely characterized collagen vascular disease. The authors presented a broad range of histomorphological patterns of IGD and their relationship to a variety of autoimmune diseases.)

Perri, C, Lacour, J, Castanet, J, Michiels, JF. “Interstitial granulomatous drug reaction with a histological pattern of interstitial granulomatous dermatitis”. Am J Dermatopathol. vol. 23. 2001. pp. 295-298. (The article aims to determine the histologic criteria to differentiate drug-induced IGD from the IGD described by Ackerman. The authors considered the lack of degenerated collagen as the subtle clue in favor of IGD triggered by a drug.)

Deng, A, Harvey, V, Sina, B. “Interstitial granulomatous dermatitis associated with the use of tumor necrosis factor-a inhibitors”. Arch Dermatol. vol. 142. 2006. pp. 142-198. (The authors reported, for the first time, 5 patients who developed IGD while receiving biologic agents TNF-a inhibitors, including infliximab (Remicade), etanercept (Enbrel), and adalimumab (Humira). Withdrawal of the medications led to complete resolution of the skin lesions.)

Peroni, A, Colato, C, Schena, D. “Interstitial granulomatous dermatitis: a distinct entity with characteristic histological and clinical pattern. Br”. J Dermatol. vol. 166. 2011. pp. 166-775. (A retrospective study of 12 patients during a 6-year period in one institution to reveal clinical presentations and histopathological features of IGD, as well as the close association with systemic autoimmune diseases. The study demonstrated the importance of clinical work up for patients with IGD.)

Rosenback, M, English, J. (A comprehensive review of palisaded neutrophilic and granulomatous dermatitis, IGD, and interstitial granulomatous drug reaction. The paper revealed the overlap features of those diagnoses and the confusion in the literature, proposed the unifying term for diagnosis and reclassification.) 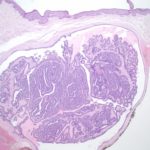