Current guidelines support use of either a second-generation drug-eluting stent with a shortened course of DAPT or a BMS followed by 1 month of DAPT. However, the use of a BMS is associated with a higher risk of restenosis and reintervention than a drug-eluting stent.

The researchers specifically examined the BioFreedom DCS (Biosensors Europe, Morges, Switzerland), which uses stent surface modification instead of a polymer to elute the lipophilic drug Biolimus. They enrolled a total of 2446 patients (1239 in the polymer-free DCS arm and 1227 in the BMS arm) with coronary artery disease and a clinical indication for percutaneous coronary intervention (PCI).

In addition to being reported at the Transcatheter Cardiovascular Therapeutics (TCT) 2015 meeting, the LEADERS FREE investigators simultaneously published their findings in the New England Journal of Medicine.

During a TCT press conference, Philip M. Urban, MD, Director of Invasive Cardiology at Hôpital de la Tour in Geneva, Switzerland, noted that the biggest advantages of having a polymer-free stent is that there are no polymer-related adverse effects and it enables the drug to “transfer rapidly into the vessel wall … approximately 98% within 30 days.”

While the exact percentage of patients who are at high risk for bleeding is unknown, Dr Urban estimates that the population ranges between “15% and 20%,” and “as baby boomers reach elderly age, this percentage will grow.” Study discussant Marco Valgimigli, MD, PhD, Professor of Cardiology at Inselspital, Bern, Switzerland, concurred, noting the population may be even larger, as registries in Bern place figures closer to 40%, indicating this will become a more important group with time.

“As expected in this high-risk population, despite the short course of DAPT, the rate of bleeding was high (7.2% of patients meeting criteria for the Bleeding Academic Research Consortium types 3 to 5 bleeding),” the researchers wrote. “In contrast, the rate of major bleeding ranged from 0.6% to 2.8% during the first year after PCI in trials that included patients at low to moderate risk who received DAPT for longer durations.”

Dr Urban explained that approximately one-third of the patients were on triple therapy, which was continued during the trial, so the high bleeding risk was unsurprising. “This is not the ideal duration for DAPT therapy,” he said. “It’s a trade-off.”

Disclosures: The trial was sponsored by Biosensors Europe (Morges, Switzerland). 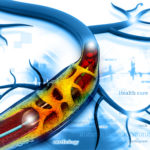