“We found that there were multiple combinations of sleep duration and physical activity that are associated with national risk of having a stroke,” Azizi Seixas, PhD, of the NYU Langone Medical Center, New York, said in an interview.

Dr Seixas and colleagues from New York and Boston conducted the study, which was presented recently at the 2016 International Stroke Conference.

According to Dr Seixas, there were 2 catalysts for the analysis.

“First, there is mounting evidence highlighting the importance of sleep in overall health, particularly with cardiovascular disease,” he said. “Second, sleep makes up one-third of our day and physical activity makes up the other two-thirds of our daily lives. We wanted to show how the two together are important behavioral factors in health. We wanted to capture idiosyncratic sleep and physical activity profiles that reduce stroke risk.”

Dr Seixas and colleagues hypothesized that average sleep duration (7-8 hours a night) and moderate-vigorous physical activity would reduce stroke risk, and culled data from 288 888 responders of the 2004 to 2013 National Health Interview Survey. A machine-learning Bayesian Belief Network (BBN) was used to model the probabilistic relationships—both independent and additive—of sleep duration and physical activity to stroke risk.

“Utilization of BBN analysis is important, as it provides a more dynamic risk stratification system,” Dr Seixas and colleagues wrote in their abstract.

In the study, they examined several factors, including demographic, behavioral, health/medical, and psychosocial, along with sleep duration and physical activities, such as leisurely walking/bicycling, slow swimming/dancing, and simple gardening activities.

In an analysis that included a model-based adaptive method, the combined effect of health status, hypertension, heart condition, income, and alcohol consumption increased the risk for stroke from 3% to 90%.

Furthermore, healthy sleep and vigorous leisurely activity of 30 to 60 minutes 3 to 6 times per week significantly decreased the risk for stroke.

Dr Seixas and colleagues used the observational inference technique and created idiosyncratic profiles of protective behaviors—or minutes and frequency of moderate or vigorous exercise per week and short, average or long sleep—that reduced the likelihood of stroke.

“The one size fits all sleep and [physical] activity recommendations are often discordant with the lifestyles of many people who lead busy lives,” he said. “Our study ‘pluralizes’ these recommendations to fit diverse lifestyles.”

Dr Seixas cautioned that the study does not establish any causal relationships between sleep, physical activity, and stroke. “However, these are significant findings that can be used as behavioral guidelines,” he said. 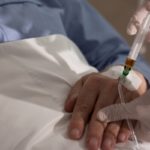