HealthDay News — A structured exercise program can help stroke survivors recover not only physically but cognitively as well, according to research presented at the 2017 International Stroke Conference, held from February 22 to 24 in Houston.

Lauren Oberlin, a graduate student at the University of Pittsburgh, and colleagues pooled the results of 13 clinical trials that involved a total of 639 patients recovering from a stroke. The studies all differed in a number of ways — including the type of exercise they tested, and the duration of the program.

Oberlin’s team found that patients who exercised tended to show bigger gains in certain cognitive abilities — namely, attention and processing speed — versus those who did not exercise. Even exercise programs lasting 4 to 12 weeks were effective.

It also appears that exercise helps even when patients begin more than 3 months after their stroke. In fact, Oberlin told HealthDay, those patients were, on average, about 2.5 years past their stroke. The most effective programs offered patients exercises aimed at strength, balance, stretching, and aerobic fitness — the kind, Oberlin noted, that “gets your heart rate up and makes you sweat.” 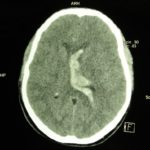