Results of the CIRCUS Study, presented at the European Society of Cardiology (ESC) Congress and published simultaneously in the New England Journal of Medicine, showed that the immunosuppressant drug cyclosporine did not improve clinical outcomes in patients receiving percutaneous coronary intervention for ST-segment elevation myocardial infarctions (STEMI) when compared with a placebo control group.

“We were very surprised and disappointed,” said lead investigator Michel Ovize, MD, PhD, of Louis Pradel Hospital and Claude Bernard University in Lyon, France, at a press conference. Dr. Ovize echoed the sentiment that he and fellow researchers wrote in their published findings that “the rates of death, heart failure, and recurrent ischemic events occurring in the first year after infarction remain unacceptably elevated in this high-risk population.”

The study, a phase 3 trial funded by the French Ministry of Health and NeuroVive Pharmaceutical, was an international, investigator-driven, multicenter, double-blind, placebo-controlled, randomized investigation with 970 participants randomly assigned to receive either a 2.5-mg/kg intravenous bolus injection of cyclosporine (n=395) or a matching placebo (n=396) before coronary recanalization.

The primary outcome of death from any cause, worsening of heart failure during initial hospitalization, rehospitalization for heart failure or adverse left ventricular modeling at 1 year occurred in 59% of patients in the cyclosporine group versus 58.1% in the control group (P = .77). In addition, cyclosporine did not reduce the incidence of separate clinical components of the primary outcome, including recurrent infarction, unstable angina, or stroke. Researchers found no difference in the safety profile between the 2 treatment groups.

A previously published small-size phase 2 trial indicated that cyclosporine successfully reduced infarct size and improved cardiac function in patients with STEMI. “Obviously, the larger phase 3 CIRCUS study did not confirm this, and the reason for this discrepancy is unclear,” Dr. Ovize said.

Ultimately, the CIRCUS trial revealed that in an anterior STEMI, cyclosporine did not noticeably reduce the risk for the noted primary outcomes. By the 1-year follow up, 1 out of 4 study participants either died or experienced heart failure, despite receiving what Ovize described as “state-of-the-art medical care.” He emphasized that, despite the results of CIRCUS, “reperfusion injury is clinically important. The impact on the clinical outcomes of recent encouraging phase 2 trials remains to be determined.” 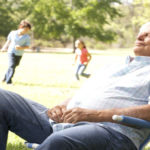