Recently presented data showed that midday naps are associated with lower blood pressure levels and less damage to the arteries and heart.

“Our study shows that not only is midday sleep associated with lower BP, but longer sleeps are even more beneficial,” Manolis Kallistratos, MD, a cardiologist at Asklepieion Voula General Hospital in Athens, Greece, said in a press release. “Midday sleepers had greater dips in BP while sleeping at night, which is associated with better health outcomes. We also found that hypertensive patients who slept at noon were under fewer antihypertensive medications compared to those who didn’t sleep midday.”

In the study presented at the 2015 European Society of Cardiology (ESC) Congress, researchers assessed whether midday sleep would have beneficial effects on BP levels in patients with hypertension.

“Midday sleep is a habit that nowadays is almost a privilege due to a 9-to-5 working culture and intense daily routine,” Dr. Kallistratos said. “However the real question regarding this habit is: Is it only a custom or is it also beneficial?”

The study included 386 patients with hypertension (200 men and 186 women) with a mean age of 61 years. All patients were measured for minutes of midday sleep time, office BP, 24-hour ambulatory BP, pulse wave velocity, lifestyle habits, and body mass index (BMI), and all had a complete echocardiographic evaluation including left atrial size.

After adjusting for BP-influencing factors such as participant age, gender, BMI, smoking status, exercise level, and salt, alcohol, and coffee intake, researchers found that midday sleepers had lower BP both during the day and night. They had, on average, 5% lower 24-hour ambulatory systolic BP (6 mmHg) compared with patients who did not sleep at midday. Midday sleepers’ average systolic BP readings were 4% lower than those of non-midday sleepers when awake (5 mmHg) and 6% lower when sleeping at night (7 mmHg).

“Although the mean BP decrease seems low, it has to be mentioned that reductions as small as 2 mmHg in systolic BP can reduce the risk of cardiovascular events by up to 10%,” Dr. Kallistratos said.

Researchers also found that pulse wave velocity levels were 11% lower and left atrium diameter was 5% smaller in midday sleepers. “These findings suggest that midday sleepers have less damage from high BP in their arteries and heart,” Dr. Kallistratos said.

Nap length also affected the positive benefits of midday sleep on BP. Participants who napped for 60 minutes midday had average 24-hour systolic BP readings that were 4 mmHg lower and a 2% higher nightly dipping status compared with patients who did not sleep midday. Participants whose BP readings dipped at night slept an average of 17 minutes more midday compared with nondippers. 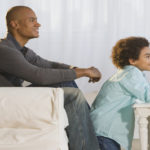