According to Dr Crowther, andexanet alfa (Portola Pharmaceuticals, South San Francisco, CA) mimics a normal coagulation factor that occurs in humans, except it has been chemically modified so it does not act as a product that drives forward the coagulation cascade.

“Two changes have been made: [Andexanet’s] active site has been changed and it can’t participate in clotting reactions,” Dr Crowther said at a press conference. “As a result, it has no effect on the blood-clotting system, so it doesn’t cause conditions that either increase or decrease the risk of blood clotting through a direct mechanism like other products can.”

For the study, healthy older volunteers (ages 50 to 75 years) received rivaroxaban (Janssen, Titusville, NJ) daily and were given either a placebo (n=13) or andexanet bolus plus infusion (n=26).

Furthermore, thrombin activity was fully restored in 100% of andexanet patients compared with 0% of placebo patients (P<.001).

No infusion-related reactions or serious adverse events were reported in any patient.

Data from 3 different studies, which were not presented at the Scientific Sessions but were published simultaneously with the current data in the New England Journal of Medicine, found similar effects with administration of andexanet as a bolus in rivaroxaban-treated patients, and as a bolus and a bolus plus infusion in patients given the factor Xa inhibitor apixaban (Bristol-Meyers Squibb, New York, NY).

Dr Crowther said that the combined results of the studies suggest that andexanet is able to almost immediately and completely reverse the blood-thinning effect of the 2 factor Xa inhibitors.

By the end of the year, Dr Crowther said that andexanet will be submitted for licensing to the United States Food and Drug Administration.

In addition, he said that a Phase 4 study is currently enrolling actively bleeding patients in the United States to test andexanet in patients on apixaban, rivaroxaban, edoxaban (Daiichi Sankyo, Tokyo, Japan), and enoxaparin, with the goal of moving the study to a global enrollment strategy by early next year.

Disclosures: Dr Crowther has received research grant support from LEO Pharma; serves on the speakers’ bureau for Bayer, Celgene, CSL Behring, LEO Pharma and Shire; and is a consultant/serves on the advisory board for Asahi Kasei Pharma America, Janssen, LEO Pharma, and Portola Pharmaceuticals. 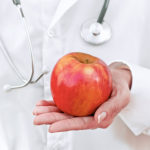