Results from the EUCLID trial showed that ticagrelor did not reduce incidence of cardiovascular events in patients with peripheral artery disease compared (PAD) with clopidogrel.1,2

The primary efficacy composite end point of cardiovascular death, myocardial infarction (MI), or ischemic stroke occurred in 10.8% of patients in the ticagrelor group compared with 10.6% in the clopidogrel group (hazard ratio [HR]:1.02; 95% CI, 0.92-1.13).1

William R. Hiatt, MD, professor of medicine, division of cardiology at the University of Colorado School of medicine and the study’s principal author, said the trial essentially produced negative results.

“Ticagrelor appears to have the same benefit as clopidogrel,” Dr Hiatt said during a phone interview with Cardiology Advisor. “I think the reason the results are similar is because both drugs are active. This is not a non-inferiority design so we can’t make a claim that ticagrelor retains the benefit of clopidogrel, but it does appear to us that, clinically, that both these drugs are active and equally effective.”

The results were presented at the 2016 American Heart Association Scientific Sessions2 and published simultaneously online by both the New England Journal of Medicine and Circulation.3

The Examining Use of tiCagreLor In paD (EUCLID) trial included 28 research sites in 11 countries. Patients with PAD were treated with 90 mg twice daily ticagrelor (n=6910) or 75 mg/d clopidogrel (n=6932).

Eligible patients had an ankle-brachial index (ABI) of 0.80 or less or had undergone previous revascularization of the lower limbs.

Dr Hiatt said the EUCLID steering committee is preparing to publish as many as a dozen additional papers, but these findings suggest that ticagrelor does not have a unique role in treating PAD.

“There are other studies with ticagrelor that are ongoing where additional questions will hopefully be addressed,” said Dr Hiatt. “In terms of [PAD], this result does not show a lead toward benefit. The [Kaplan-Meier] curves are pretty superimposable so it doesn’t look like there is anything uniquely advantageous to ticagrelor in this setting.” 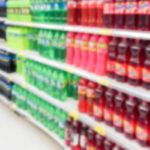