NEW ORLEANS – Rivaroxaban plus P2Y12 inhibitor monotherapy or rivaroxaban plus dual antiplatelet therapy (DAPT) was associated with a reduced risk of all-cause mortality or recurrent hospitalization for adverse events compared with vitamin K antagonists (VKA) plus DAPT in patients with atrial fibrillation (AF) undergoing intracoronary intervention, according to results of the PIONEER AF-PCI trial.1

C. Michael Gibson, MS, MD, presented the findings at the 2016 American Heart Association Scientific Sessions in New Orleans on behalf of the study investigators, which were also simultaneously published in Circulation.2

All-cause mortality or recurrent hospitalization for an adverse event were designated as the primary end points. Adverse events, defined by the International Conference on Harmonization guidelines, were subsequently classified by researchers as either “potentially attributable to bleeding, cardiovascular causes, or other causes through consensus.”

While there was a reduction in bleeding events, there was no difference in any of the designated composite secondary end points, including death, myocardial infarction [MI], and stroke. It is important to note that recurrent hospitalization is a more frequent end point, obtained with greater sensitivity but with less specificity than the “traditional adjudicated end point of death/MI and stroke.” This means that the present analysis had a greater statistical power (90%) to determine a 20% difference in treatment strategies compared to the end points of cardiovascular death/MI and stroke (16.8% to determine a 20% treatment difference).

“The fact that bleeding and cardiovascular events differed among the strategies but other causes of hospitalization did not, supports the acceptable specificity of rehospitalization as an end point,” the authors wrote.

In an accompanying editorial,3 Deepak  L.Bhatt, MD, MPH, of Brigham and Women’s Hospital Heart & Vascular Center in Boston, wrote, “This paper may be one of those rare circumstances where the secondary post hoc analysis is more insightful than the primary pre-specified analysis, having both greater statistical power and a more clinically relevant end point.”

Dr Bhatt explained that while some may view this circumstance as a drastic departure from statistical standards, clinicians need to make complicated decisions with the best data available.

Finally, the dosing regimen of rivaroxaban 2.5 mg/d plus DAPT is currently indicated and available in Europe and elsewhere for the secondary prevention of acute coronary syndrome (ACS) events, but the 15/10 mg/d dose is not approved for patients with either ACS or AF.

Disclosures: All of the authors have received research grant support from Janssen Scientific Affairs, LLC and Bayer, the study sponsors. Drs Burton and Wildgoose are Janssen employees and Dr Eickels is an employee of Bayer AG. Dr Gibson has received consulting fees from Janssen Scientific Affairs, LLC and Bayer. Drs Lip and Halperin have received consulting fees from Janssen, and Dr Cohen is part of the Janssen speakers bureau and has received research support and advisory board honoraria. Dr Bhatt has received research funding from several pharmaceutical companies including, Amgen, AstraZeneca, Medtronic, Pfizer, Roche, Sanofi Aventis, and The Medicines Company. 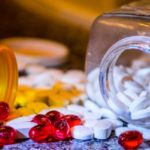