“Genetic factors that influence taste aren’t necessarily obvious to people, but they can impact heart health by influencing the foods they select,” Jennifer Smith, BSN, RN, lead author and PhD student at the University of Kentucky College of Nursing, said in a statement.2

The researchers genotyped DNA from 407 individuals (mean age: 51.4; 73.2% women) who self-identified as white (>92%) to control for population stratification. In addition, the majority of participants were overweight or obese (mean BMI: 32.9 kg/m2) and 87.5% were nonsmokers.

“The AHA, as well as the whole American government is [more interested in] personalized, precision medicine,” Mariell Jessup, MD, professor of medicine at the University of Pennsylvania Heart and Vascular Center in Philadelphia, said at an AHA press briefing. “It might be helpful for patients to understand that they have a gene that drives their consumption for salt—and it might help them curb it a little bit.”

The researchers noted these results are likely to be similar in other ethnic groups because more than 90% of the US population has 1 of the 2 gene variants. Nonetheless, they plan to expand their work to include ethnically diverse groups. 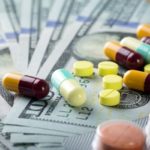