Researchers indicated that the findings are in agreement with the latest AHA CPR and Emergency Cardiovascular Care Guidelines, released in October 2020, which encourage epinephrine administration as early as possible to maximize good resuscitation outcomes. The AHA recommendation was based on previous observational data. 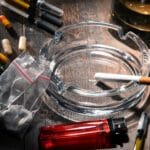