An intensive lifestyle intervention was found to be associated with a significant loss of fat mass and lean mass in adults with type 2 diabetes, according to the results of a study presented at the American Heart Association Scientific Sessions 2020 held virtually from November 13 to 17, 2020.

Researchers sought to validate established anthropometric prediction equations among a group of participants in the Look AHEAD: Action for Health in Diabetes study (ClinicalTrials.gov Identifier: NCT00017953) and to evaluate the associations between baseline and longitudinal changes in fat mass, lean mass, and waist circumference, and the risk for heart failure and myocardial infarction.

Look AHEAD was a randomized clinical trial in which the effects of an intensive, weight loss-focused lifestyle intervention vs an intervention consisting of diabetes support and education were examined in adults (n=5145) with type 2 diabetes who were overweight or obese. The current study was a post hoc analysis of 5103 of the participants in the Look AHEAD trial who did not have prevalent heart failure at baseline and had relevant baseline data available.

Greater short-term reduction in fat mass was associated with a lower risk for heart failure in adjusted analyses. This association remained after further adjustment for other changes in body composition and cardiometabolic parameters.

Study limitations include a lack of direct measures of fat and lean mass in all study participants, and the potential for selection bias.

“Future studies are needed to confirm these findings and investigate whether interventions targeting preferential reductions in [fat mass] and central adiposity modify the risk [for heart failure] among patients with [type 2 diabetes],” the researchers concluded. 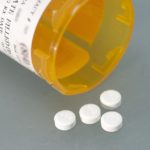