The implantable CardioFit device (BioControl Medical; New Hope, MN), intended to help heart failure (HF) patients by stimulating the vagus nerve did not significantly reduce the rates of HF hospitalization or all-cause mortality, according to results from the INOVATE-HF (Increase of Vagal Tone in Heart Failure) trial.

Dr Gold explained that the CardioFit device was designed to treat severe HF by stimulating the underactive parasympathetic nervous system. The device consists of a stimulation lead, stimulator, and standard pacemaker lead. The stimulation lead was designed for predominately unidirectional or efferent stimulation, B fiber stimulation, and minimal current leakage to reduce side effects.

A total of 707 patients from 85 centers across the United States were randomly assigned to receive the vagal nerve stimulation (VNS) device (n=436) or continued medical therapy (n=271) and were followed for months.

At an ACC press conference, Randall C. Starling, MD, MPH, FACC, professor of medicine and director of the Kaufman Center for Heart Failure, noted that the device was not activated immediately after implantation, but was turned on gradually over a 4-week period.

“Stimulating the autonomic nervous system is much more complicated than stimulating the heart,” said Dr Gold.  He explained that given the outcomes from the secondary end point data, there may be patient subgroups [that] would benefit from this therapy. “We clearly need to know more about how to optimally stimulate these patients,” he added. 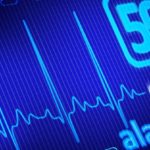