“The problem with unselected bone marrow is that as we get older, the number of our stem cells and potency of those cells decline,” Dr Henry said, adding that this resulted in excellent safety in those trials but “only modest efficacy, so it stimulated … a new generation of cell therapies.”

Dr Henry and colleagues randomly assigned patients on a 1:1 ratio to receive either ixmyelocel-T (n=66) or placebo (n=60) at the time of bone marrow aspiration and followed patients for 12 months. Both groups underwent a bone marrow biopsy and intramyocardial injection.

In further analysis, more patients in the placebo group experienced a serious adverse event compared with the ixmyelocel-T group (75% vs 53%; P=.0197).

Cause for ‘Cautious Optimism’

In an interview with Cardiology Advisor, study investigator Catalin Toma, MD, of the University of Pittsburgh Medical Center Heart and Vascular Institute, said that the findings are very encouraging for the field of cell therapy and that, overall, he is cautiously optimistic about the approach.

“The trial was well executed, in particular with the inclusion of a true placebo arm,” he said. “Furthermore, this trial demonstrated an impact in clinically significant hard end points, as opposed to structural end points used in prior studies.”

However, Dr Toma noted that the results were not consistent across the board, with no differences observed in functional class, ejection fraction, or walking distance.

“Although this is somewhat surprising, it may reflect the heterogeneity of the patients enrolled in the study with regards to the amount of viable myocardium at baseline,” he said.

Going forward, Dr Toma said that he hopes the results of the trial will encourage physicians to seek out sites enrolling in cells therapy trials and think about this option for their patients.

“Provided cell therapy will be validated in larger phase 3 trials, this will be an additional tool in the emerging field of interventional therapies for heart failure,” he said. 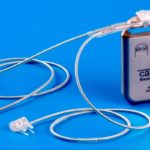