Women with stable symptoms for coronary artery disease (CAD) had a higher percentage of risks factors than men, according to research scheduled to be presented at the upcoming 65th Annual American College of Cardiology Scientific Sessions & Expo in Chicago.

Investigators compared demographics, risk profiles, symptom presentation, and clinician assessment by sex from patients in the PROMISE (Prospective Multicenter Imaging Study for Evaluation of Chest Pain) trial. A total of 10 003 patients (>5200 of whom were women) were included, and association by sex was evaluated using chi-square and Wilcoxon rank sum tests.

Women tended to be older (average age: 62 vs 59 for men), non-white, sedentary, have a family history of premature CAD, and more likely to have 1 or more of the following conditions: hypertension, dyslipidemia, a history of transient ischemic attack, cerebrovascular disease, depression, and/or CAD equivalent. Diabetes prevalence was similar between women and men.

However, despite the extra risk burden and typical presentation, risk scores actually characterized women as lower risk and clinicians were more likely to characterize women as having a low (<30%) pre-test probability of CAD.

Chest pain prevalence as the primary presenting symptom was high among women (73.2%), contrary to previous reports. This prevalence was similar in men, but women described the pain in terms of “crushing, pressure, squeezing, or tightness” whereas men used descriptions such as “aching, dull, burning, or pins and needles.”

“The most important take-home message for women from this study is that their risk factors for heart disease are different from men’s, but in most cases symptoms of possible blockages in the heart’s arteries are the same as those seen in men,” lead author Kshipra Hemal, of the Duke Clinical Research Institute in Durham, North Carolina, said in a press release.

In addition, women were more likely to be referred for a stress echocardiogram or nuclear stress test, but less likely than men to have a positive test (9.7% vs 15.1%).

Ultimately, the differences between the sexes will need to be examined to determine how they affect outcomes. 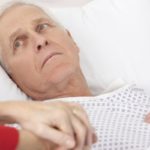