The proportion of women presenting with ST-elevation myocardial infarction (STEMI) worldwide is nearly half the proportion of women with acute myocardial infarction (AMI) at US hospitals, according to research findings presented at the American College of Cardiology 71st Annual Scientific Session & Expo, from April 2nd through 4th, in Washington, DC.

The Global Heart Attack Treatment Initiative (GHATI) gathers information that will hopefully enhance medical care in low- and middle-income countries. Not much information is available about sex differences in patients with STEMI or, specifically, which variables exert what pressure in the progression of STEMI among women in these countries. Researchers sought to examine sex distribution of STEMI worldwide compared with AMI in patients in the US.

To accomplish this, researchers conducted a prospective study of 271,890 patients that included 2380 patients with STEMI from 18 hospitals in low- to middle-income nations (78%) in the GHATI database. They also included data from 269,510 patients with AMI from 748 hospitals and institutions across the United States in the Chest Pain Myocardial Infarction (CPMI) National Cardiovascular Data Registry (NCDR). Study data was from October 2019 to December 2020. A Mann-Whitney Test model was utilized for comparisons between the percentage of women with STEMI according to the GHATI database and the percentage of women with AMI in the NCDR.

The proportion of women with STEMI (mean about 20%) worldwide was considerably lower than the proportion of female patients with AMI (mean about 35%) in the US (95% CI, -0.19 to -0.137; P <.001). Researchers wrote, “Understanding the socioeconomical, cultural, or biological factors responsible for this finding deserves further study.” 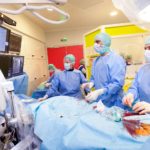