Shorter-term dual antiplatelet therapy (DAPT), lasting 1 to 3 months following coronary stenting, was found during a systematic review and meta-analysis to be more effective than longer-term therapy. These findings were presented during the American College of Cardiology annual meeting held virtually May 15-17, 2021.

The medical publication databases PubMed, Scopus, and Cochrane Central were searched for studies of DAPT after coronary stenting by researchers from Emory University and the University of Miami, who noted in their study abstract that “the optimal [DAPT] duration after percutaneous coronary intervention…to balance thrombotic and bleeding risks is not entirely understood.”

The authors evaluated a total of 14 randomized clinical trials comprising 50,552 patients. Mean age of the patients was 64 years, and about half had acute coronary syndrome. The patients were followed for 12 months.

This meta-analysis may have been limited by the significant heterogeneity of the studies included and the evaluation of combined data collected on patients with different cardiovascular diseases. It remains unclear whether longer-term DAPT may be appropriate for a subset of patients.

The investigators concluded that the study data suggest shorter-term DAPT following coronary stenting may decrease the risk for all-cause mortality and major bleeding events without increasing the risk for major adverse cardiovascular events. 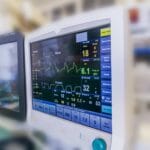