Same-day discharge is likely safe for patients after percutaneous coronary intervention (PCI) for non-ST-segment elevation acute coronary syndromes (NSTE-ACS), according to data presented at the 66th Annual Scientific Session & Expo of the American College of Cardiology in Washington, DC.

Although patients undergoing PCI usually remain hospitalized overnight for observation, those undergoing a transradial approach can be discharged on the same day as the procedure. There are limited data, however, supporting the safety of same-day discharge.

Researchers from the University of Massachusetts Medical School sought to examine the safety of same-day discharge by assessing 30-day readmission, bleeding, and mortality in patients who were discharged after PCI for NSTE-ACS between 2011 and 2014.

Patients were risk-stratified clinically with Framingham 10-year risk scores for cardiovascular disease and angiographically with Gensini risk scores. Logistic regression modeling adjusted for the Framingham and Gensini risk scores showed that rapid discharge was not predictive of 30-day readmission, death, or bleeding, but unadjusted modeling showed that next-day discharge was predictive of 30-day readmission.

“Same-day discharge after PCIs for NSTE-ACS is not predictive of 30-day readmission, death or bleeding, suggesting that same day discharge in selected patients is likely safe even in those with high clinical or angiographic risk,” the researchers concluded. 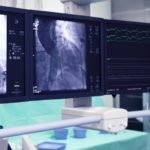