This year, the ACC accepted 23 late-breaking clinical trials, 17 of which were accepted as featured clinical research. Much of the research will be presented with simultaneous publication in either the Journal of the American College of Cardiology or the New England Journal of Medicine.

In a media telebriefing, ACC President Richard Chazal, MD, emphasized some nonclinical topics such as learning pathways and public reporting (eg, the National Cardiology Database Registry or NCDR, the largest cardiology registry in the world) that will help improve care.

Read on for recommended highlights and be sure to follow Cardiology Advisor‘s coverage of ACC 2017.

A long-term outcomes trial to be presented in the opening session. A total of 27,000 patients receiving statin therapy with myocardial infarction, peripheral artery disease, or stroke were included in this randomized, placebo, double-blind trial.

In addition, the results of a substudy will be presented on Saturday, March 18: EBBINGHAUS: Primary results of EBBINGHAUS, a Cognitive Study of Patients Enrolled in the FOURIER Trial. The researchers performed dedicated neurocognitive evaluations in certain patients, using a battery of tests to see whether the study drug vs placebo produced any changes in executive function or any other neurologic end points.

When this trial was halted in November 2016, important end points had already been gathered. Patients in both SPIRE 1 and SPIRE 2 were receiving maximum tolerated doses of statins and were randomly assigned to receive bococizumab.

As the ACC.17 chair, Jeffrey Kuvin, MD, pointed out, transcatheter aortic valve intervention (TAVR) has become an important tool that cardiologists and cardiac surgeons use. Although surgical AVR remains at the standard for patients with lower operative risks, TAVR may become the new standard for intermediate-risk patients. These results will focus on intermediate-risk patients implanted with CoreValve (Medtronic).

LDL-C Reduction From 6 to 9 Months Following Single or Second Injection of Inclisiran a Novel siRNA Compound: Primary Efficacy and Safety Outcomes of the ORION 1 Trial

ORION 1 is a featured clinical research presentation that Dr Kuvin emphasized will be incredibly important for cholesterol management and prevention, despite it not being an outcomes study. The trial focused on low-density lipoprotein reduction using infrequent dosing. Some of these data have been presented in the past, but only very early outcomes.

This study examined the timing of anticoagulation therapy for venous thromboembolism (VTE). The primary end point was recurrent VTE plus cardiovascular events and safety end points, including bleeding.

The ACC.17 vice chair, Andrew Kates, MD, noted that although the bioresorbable vascular scaffold was not inferior to the drug-eluting stent, there may be problems after 1 year postimplantation. Interval data between years 1 and 2, as well as 2-year data, will be presented. Dr Kates remarked that it will be interesting to see how this interventional technology is changing.

This trial examined cost and efficacy of levosimendan in patients with left ventricular ejection fraction <30% in the United States and Canada. How these high-risk patients are managed post-cardiac surgery can have a major impact on their future outcomes.

Although cerebral embolic protection devices have been found to be safe and capture debris material during surgical AVR, it is unclear whether these devices actually prevent stroke. This trial examined 400 patients compared with control patients with a primary outcome of freedom from stroke confirmed by imaging at 1 week.

RE-CIRCUIT: Safety and Efficacy of Uninterrupted Anticoagulation With Dabigatran Etexilate vs Warfarin in Patients Undergoing Catheter Ablation of Atrial Fibrillation: The RE-CIRCUIT Study 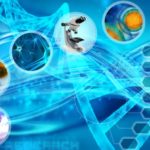