There was an increase in the rate of severe Clostridioides difficile infections (CDI) during the second wave of the COVID-19 pandemic, potentially due to delays in diagnostic testing and restrictions on hospital referrals for patients with community-onset CDI. These findings were published in The Lancet.

Investigators collected data from hospitals enrolled in the Dutch sentinel CDI surveillance program to compare the annual incidence rate (IR) of CDI between January 2015 and 2020 among patients in the Netherlands. They characterized all C difficile isolates with polymerase chain reaction ribotyping. The investigators calculated the mean annual IR of CDI per 10,000 patient-days (py) of all patients hospitalized in 2020, which was then compared with the mean annual IR of CDI for the previous 5 surveillance years (May 2014-April 2019). Characteristics of patients hospitalized with CDI during the first wave of the pandemic (March 13-May 12, 2020) were compared against those who were hospitalized during the second wave (September 17, 2020-January 1, 2021) or during the same calendar periods in 2015 through 2019. Multivariable Poisson regression and trend-adjusted incidence rate ratios (IRRs) and risk ratios (RRs) were used in both comparisons to adjust for trend changes over time.

During the second COVID-19 wave, the percentage of patients with severe CDI was significantly increased compared with the previous 5 surveillance years (trend-adjusted RR, 1.6; 95% CI, 1.1-2.3). However, this increase was no longer significant after adjustments were made for delays indiagnostic testing (trend-adjusted RR, 1.2; 95% CI, 0.8-1.8). Although delays in diagnostic testing were more common among patients hospitalized during the second vs the first wave of the pandemic (37.8% vs 24.6%), this was observed only in the analysis that included patients with community-onset CDI (trend-adjusted RR, 1.7; 95% CI, 1.1-2.6).

This study was limited by the lack of available data on patients’ COVID-19 status, comorbidities, and CDI treatment.

According to the investigators, “…this study shows the importance of examining the effect of the [COVID-19] pandemic on CDI.” They concluded, “…it is important that routine diagnostics are never postponed, even during a pandemic.” 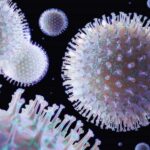 What Effect Does the Influenza Vaccine Have on Alzheimer Disease Risk?