The ATEMPT trial (Clinicaltrials.gov identifier: NCT01853748) recruited 497 patients with stage I HER2-positive breast cancer at 24 centers in the United States between 2013 and 2016. Patients were randomly assigned in a 3:1 ratio to receive T-DM1 or trastuzumab plus paclitaxel. T-DM1 was given at a dose of 3.6 mg/kg on day 1 of each 21-day cycle with a total of 17 cycles or 1 year. Paclitaxel was given at a dose of 80 mg/m2 weekly with a 4 mg/kg loading dose followed by 2 mg/kg trastuzumab for 12 weeks followed by 6 mg/kg trastuzumab every 21 days for 13 cycles. Participants were assessed for cardiovascular outcomes.

Overall, there were 3 patients in the T-DM1 and 2 in the paclitaxel cohorts who developed grade 3 symptomatic cardiac dysfunction during the trial. All but 1 patient did not resume treatment and all but 1 (not reported) had normalized LVEF at follow-up.

An exploratory analysis did not identify any patient characteristics which increased risk for cardiac dysfunction.

This study was limited by a lack of a systematic cardiac assessment at baseline.

“The low incidence of significant cardiac adverse events in this population during therapy with adjuvant T-DM1 suggests that studies on the cost-effectiveness of cardiac monitoring during adjuvant therapy using anthracycline-free regimens are needed,” the researchers wrote. 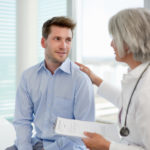 Millennials With Hemophilia: Attitudes and Expectations From Treatment