Acute infection and cardiovascular disease (CVD) have demonstrated a time-dependent relationship in people with HIV, according to a study published in BMC Infectious Diseases. CVD risks were significantly reduced through high CD4 count and the use of combined antiretroviral therapy (ART).

This study included 3384 individuals with HIV and no prior CVD, all of whom were aged > 18 years. These participants were followed between 2000 and 2013 and were monitored for incident cardiovascular event or death. Acute infection was defined as hospitalization with a discharge diagnosis of acute infection, including viral, parasitic, bacterial, or fungal etiologies. Cox regression models were used to investigate associations between acute infections and occurrence of CVD, with postdischarge time divided into periods of less than 3 months, 3 to 12 months, and more than 12 months. To calculate CVD incidence rates, the number of events was divided by person-years, with final figures presented as per 1000 person-years.

Among participants in the study cohort, 184 individuals experienced incident CVD, yielding an incidence rate of 11.10 per 1000 person-years (95% CI, 9.60-12.82). Those with incident CVD events were more likely to have traditional CVD risk factors such as diabetes mellitus, hypertension, and dyslipidemia, which affected 10%, 20.9%, and 46.3% of the study cohort, respectively.

Limitations to this study included an observational design, the use of a single hospital, a lack of classification of acute myocardial infarction into specific strata, and a lack of accounting for chronic kidney disease.

The study researchers concluded that “[we] provide evidence for a time-dependent association between severe infection and incident cardiovascular disease in HIV-infected individuals from a large, clinical cohort in a middle-income country. Combined ART use, and high CD4 count were significantly associated with reduced hazards of CVD, thus strengthening the body of evidence towards of an overall benefit of [combined ART] use on CVD risk in this population.” 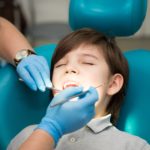