Abnormal cardiac autonomic response to sympathetic stimulation by hyperventilation is associated with an increased risk for sudden unexpected death in epilepsy (SUDEP), according to study results published in Neurology.

While functional alterations of the autonomic nervous system may play a key role in the pathophysiology of SUDEP, previous studies have provided mixed data on the association between heart rate variability and the risk for SUDEP. The objective of the current study was to determine the effect of hyperventilation on heart rate variability (HRV) in patients with SUDEP and matched controls.

This retrospective, observational case-control study included all cases of SUDEP from 5 French university medical centers between January 1, 2010 and March 31, 2019. Heart rate and HRV parameters were assessed at rest, during and after hyperventilation performed during the last electroencephalogram recording before SUDEP. Study researchers matched controls with patients for epilepsy type, drug resistance, sex, age at electroencephalogram recording, age at onset of epilepsy, and duration of epilepsy.

The study had several limitations, including the small sample size, exclusion of patients who were not able to perform hyperventilation, and retrospective design.

“Most of patients with subsequent SUDEP have an abnormal cardiac autonomic response to sympathetic stimulation through hyperventilation. An index reflecting the change in heart rate upon hyperventilation (dHRh) might be predictive of the risk of SUDEP and could be used to select patients at risk of SUDEP for inclusion in trials assessing protective measures,” concluded the study researchers. 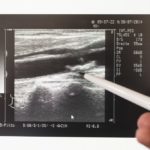 USPSTF: Evidence Lacking for Use of Vitamins for CVD Prevention