HealthDay News — First-time mothers with preeclampsia are at a higher risk for adverse cardiovascular outcomes, including myocardial infarction, stroke, and cardiovascular death, according to a study recently published in the Journal of Women’s Health.

“The results support that a diagnosis of preeclampsia during a first pregnancy has a higher risk of a subsequent cardiovascular event or death compared to a non-preeclampsia population,” the authors write. “Because of the significantly increased cardiovascular outcomes of preeclamptic cases in this cohort, there may be indications that medical follow-up and intervention should be routinely recommended in these women after birth.” 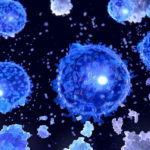