Lower education levels may increase cardiovascular (CV) risk by accelerating early-stage atherosclerosis development, with higher tobacco consumption appearing to be the main mediator in this association, according to study results published in the Journal of the American College of Cardiology.

The current study was designed to investigate the association between socioeconomic status and subclinical atherosclerosis, as well as the potential mechanisms involved. The Progression of Early Subclinical Atherosclerosis study included 4025 participants without known CV disease (ages 40-54 years; 62.6% men) who were prospectively enrolled in the study and were assessed for socioeconomic status, traditional risk factors, lifestyle habits (physical activity, smoking, dietary patterns, and hours of sleep), and extent of subclinical atherosclerosis.

The participants were all asymptomatic employees of Santander Bank Headquarters in Madrid, Spain, and were assessed at baseline, with follow-up 3 years later. After investigators identified factors associated with atherosclerosis, the effect of socioeconomic status on subclinical atherosclerosis, as explained by lifestyle habits, was quantified using a multiple mediation model.

Lifestyle habits that were associated with both level of education and extent of atherosclerosis were dietary pattern, smoking status, and number of cigarettes per day, explaining 70.5% socioeconomic status’s effect on atherosclerosis.

The study was limited because it featured a relatively homogenous cohort, which may have reduced differences in dietary patterns.

Study investigators concluded, “Lower education level may increase CV risk by accelerating the development of atherosclerosis in its earlier stage. As tobacco consumption seems to be the main mediator in this association, smoking prevention campaigns should be considered a key preventative strategy, particularly in populations with a lower education level.” 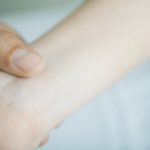 Changes in Radial Pulse During Menopause May Reflect CV Risk