In patients with atrial fibrillation (AF) on apixaban, rivaroxaban, and dabigatran, incident bleeding was found to be significantly associated with concomitant treatment with systemic fluconazole among only those on apixaban, according to results of a study published in The American Journal of Medicine.

In this case-crossover study, researchers searched nationwide health registers in Denmark to identify patients with AF who initiated treatment with either apixaban, rivaroxaban, or dabigatran between 2012 and 2018. Eligible patients included those aged between 18 and 100 years who had not changed their initial nonvitamin K antagonist oral anticoagulant (NOAC) agent within the past 90 days. Patients excluded from the study were those with a history of valvular AF or coagulopathy, and those who sustained a venous thromboembolism within the past 6 months or had undergone total knee or hip replacement within the past 5 weeks. The researchers sought to determine the relationship between incident bleeding and concomitant treatment with either systemic fluconazole or topical azole for up to 30 days. The primary outcome was hospitalization for incident bleeding within a follow-up period of 90 days.

This study was limited by the small number of patients exposed to systemic fluconazole and the assumption that patients adhered to their initial NOAC agent for the duration of the study.

According to the researchers, “[these findings] should encourage [clinicians] to apply close monitoring or other risk mitigation strategies if the coadministration of [systemic fluconazole] is necessary [in patients with AF on apixaban].”

Disclosure: One author declared affiliations with the pharmaceutical industry. Please see the reference for a full list of disclosures. 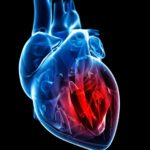