A high prevalence of injection drug use (IDU) and related comorbidities was found in patients with Candida infective endocarditis (IE), according to a study published in Open Forum Infectious Diseases.

Fungal IE accounts for approximately 2% of IE cases and is associated with hospital mortality rates up to 33 to 47%. Candida IE is a serious disease with a high prevalence of patients with history of IDU. In this retrospective review, investigators aimed to characterize Candida IE at a large academic teaching hospital heavily impacted by increasing IDU. The data of 12 patients with Candida IE who were treated at Maine Medical Center between 2013 and 2018 were evaluated. Patient and endocarditis characteristics, microbiology, treatment regimens and outcomes were examined. IDU was defined as documented history of self-reported or suspected IDU.

Of the 12 patients diagnosed with Candida IE, 67% reported any history of IDU. Self-reported drug use included methamphetamines, heroin, cocaine, benzodiazepines, buprenorphine/naloxone, and oxycodone. Cardiac imaging indicated vegetation in all patients. Half of the patients had a history of prior IE, of whom 4 reported any history of IDU. Eight patients reported IDU, of whom 7 were infected with C. parapsilosis and 1 with C. glabrata. Most patients infected with C. parapsilosis were treated with micafungin (n=8; 67%). Other initial antifungal regimens included amphotericin B (n=3, 25%), and amphotericin B plus flucytosine (n=1; 8%). The median time spent on initial regimen was 10 days. Seven patients received treatment with any combination regimen, and 8 patients received suppressive therapy with fluconazole on discharge. Intravenous antibiotics were administered for a median of 21 days.

Seven patients had cardiac surgery performed, with median time to surgery of 8 days. The median time to clearance of fungemia was 8 days (range, 0-31 days). The rate of in-hospital mortality and 90-day mortality were 8% and 16%, respectively. Five patients were readmitted within 90 days for conditions that included congestive heart failure, Clostridioides difficile colitis, and acute kidney injury.

Limitations of the study include its small sample and retrospective design, possible misdiagnoses of Candida IE and overestimation of active IDU, and potential for selection bias.

”The higher prevalence of IDU and C. parapsilosis in patients at a large academic facility heavily impacted by the drug epidemic contributes to the limited literature regarding treatment outcomes for Candida IE in PWID. Further studies are needed to investigate treatment outcomes for Candida IE during the drug use epidemic,” concluded the study authors. 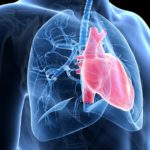